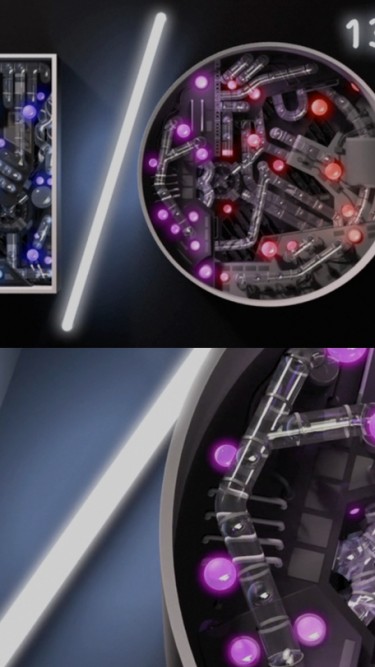 Each clip provides a glimpse of stylized chrome balls moving through a system, “referencing physical manufacturing and a visual reference to the binary nature of coding, which is what Google is all about- software and hardware like Google glasses, self-driving cars, etc.” said Blanchard, whose company completed the project in a fast and furious three-week adventure that began April 22 and delivered May 14. ILN devised a highly optimized render pipeline to meet the tight deadline and coordinated with Glowing Pictures from the beginning of the project to ensure a smooth handoff and breathtaking performance.