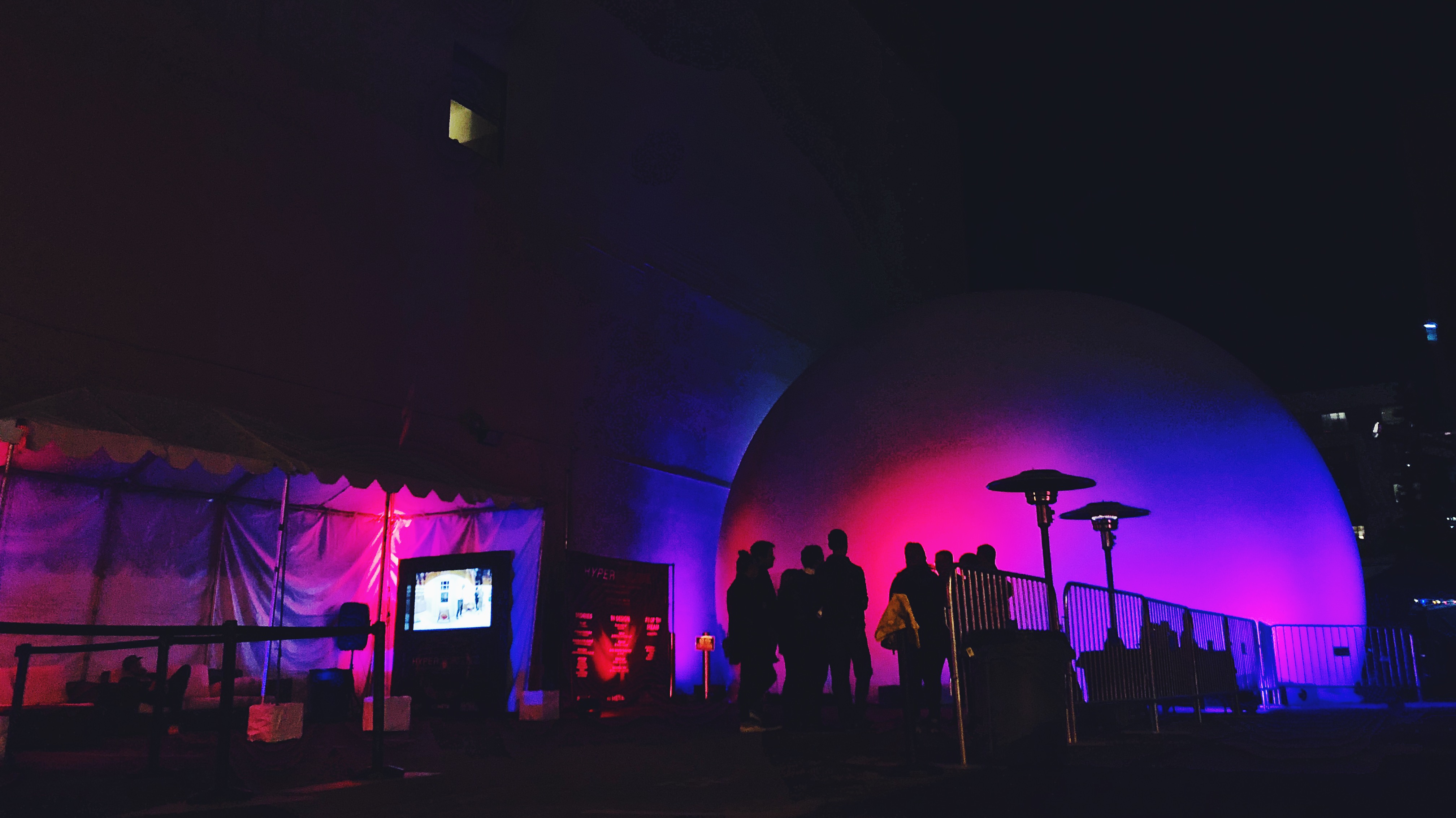 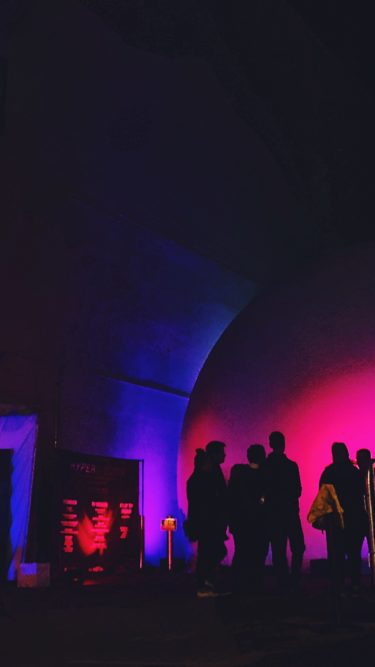 RYOT approached META with a clear challenge at hand: VR just doesn’t work in a social setting, and it’s nearly impossible to reach any type of scale in isolating people in a singular headset.

The innovation studio needed to find a way to reach people en mass with a live experience that harnessed their fractured creative community in LA, helping to create cultural cohesion around the brand.

META solved for RYOT’s problem in architecting HYPERSPECTIVE, an inter-dimensional dome film festival, that brought RYOT and META curated immersive content to life in a large-scale communal setting thanks to our fulldome technology.

Kicking off with a private influencer event on Thursday night, the festival brought nearly a thousand attendees over the next three days through 8 screenings of three, three-hour programs: Stories, By Design, and Eye of the Dream.

‘The Ark’ is a mythic journey of intergalactic survival in the search for a new home. This film premiered at Panorama Music Festival in New York City.

In The Eyes of the Animal

‘In the Eyes of the Animal’ shows the Grizedale forest through the unique eyes of its creatures. Fly above the forest canopy, come face-to-face with hi-definition critters and embody various animals through the use of virtual reality, aerial 360° drone filming, LiDAR and CT scanning.

“A Strange Travelogue” is an abstract, fractal journey through time. The generative fractals will evoke feelings of antiquity, of the natural world, and future civilizations.

“Chain Opera” is a documentation of a multi-part Artificial Intelligence training performance conducted with an expanded ensemble.

Written and Directed by: Tristan Ferreira

Experience creativity evolve into an idea through an abstract journey of the creative mind. A short film presented by HP | Intel in partnership with ODESZA, powered by HP workstations.

The title “Extraordinary Alien” is based on the US artist visa classification, “alien with extraordinary ability”. It plays with the notion that all outer space aliens are inherently extraordinary, from the perspective of lowly earthlings. This explains the tendency in science fiction films towards glimpses leading up to a big reveal when the alien is fully unveiled in front of the viewer. The reveal is often followed by disappointment in the alien form, one that rarely meets our extraordinary expectations. How is it that our imagination is incapable of creating a compelling alien form beyond a scant selection perpetuated by Hollywood films?

A coproduction of the Berliner Festspiele / Immersion / The New Infinity and Planetarium Hamburg.

A world-premiere immersive music video from MAE’s new record “Multi-sensory Aesthetic Experience” for the song Kaleidoscope. David Lobser’s “Cosmic Sugar” is a simple but elegant GPU-driven simulation space created initially for the HTC Vive. By waving VR wands, the response to guests movements become controls to create digital nebulae, the controls are simple but there are endless possibilities to explore.

The process of creative selection is visualized in an epic journey through the insides of a gigantic character. Visual impressions are tossed around and sorted out, climaxing in a dramatic finale. Keeping with the motto, all good things come from above. Created by Dyrdee Media Berlin for the 360-degree competition of the Animation Festival Berlin.

What worlds are hidden within the data of the music we listen to? While initially conceived as a technical experiment to visualize spectral data extracted from music, when early prototypes started producing beautiful and intricate imagery, the idea arose to construct a world solely from the spectral data from a single song.

Journey into the mind of Lisa as she remembers her lost love, Erik, through a series of fragmented memories. Over time the fragments become entangled with a haunting vision and new memories are triggered, revealing new pathways as we navigate through the story. Every viewing reveals a different journey illustrating the complex world of memory and grief.

EYE OF THE DREAM

EYE OF THE DREAM

The creation of the Universe beginning moments before the Big Bang. The new interactive work by artist and game designer David OReilly shows the development of life and progresses into our modern world, traveling through billions of years of history. The experience is at turns dramatic and meditative, abstract and familiar, chaotic and ordered. This real-time simulation is governed by an array of interconnected, multi-layered systems inspired by musical composition. These generate beautifully complex, ever-evolving forms and structures, always in motion and producing infinite variation, making every moment unique and unrepeatable. This installation evolved from David OReilly’s award-winning work “Everything,” and draws from a library of objects he created over a 15 year period.

A coproduction of the Berliner Festspiele / Immersion / The New Infinity and Planetarium Hamburg.

It’s no accident that MAE’s fourth studio LP bears the self-fulfilling prophecy of their namesake. Multisensory Aesthetic Experience, the band’s first full-length release in nearly a decade, is the arguable realization of their aspirations since conception. Come hear the new vibrational splendor along with a real-time Cosmic Sugar VR performance by David Lobser.