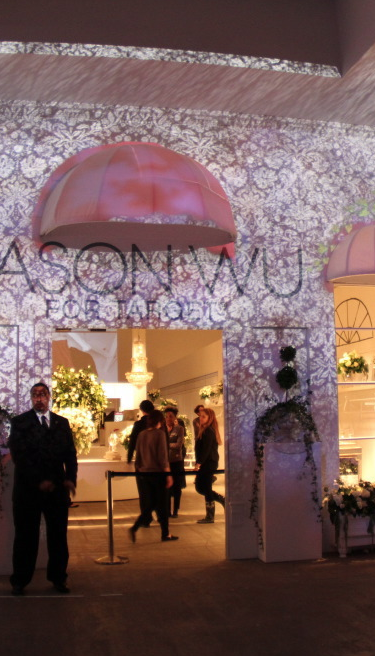 META sculptural projection mapping artist CTRL mapped three-dimentional façades and animated video projections of Milu the cat on to the buildings. Milu is the collection’s feline mascot and she represents the line’s feminine and stylish sensibility. Milu walked along the windows, watched the tower’s clock, and played around the shop area. The use of projection mapping gave life to Milu the cat and converted white walls from  black and white paisley prints to multicolored gradients.

Event Design and Production by Extra Extra, an event-planning and branding affiliate of Paper Magazine.

The Chronicles by Urban Daddy:  Models, Macarons and French Maids