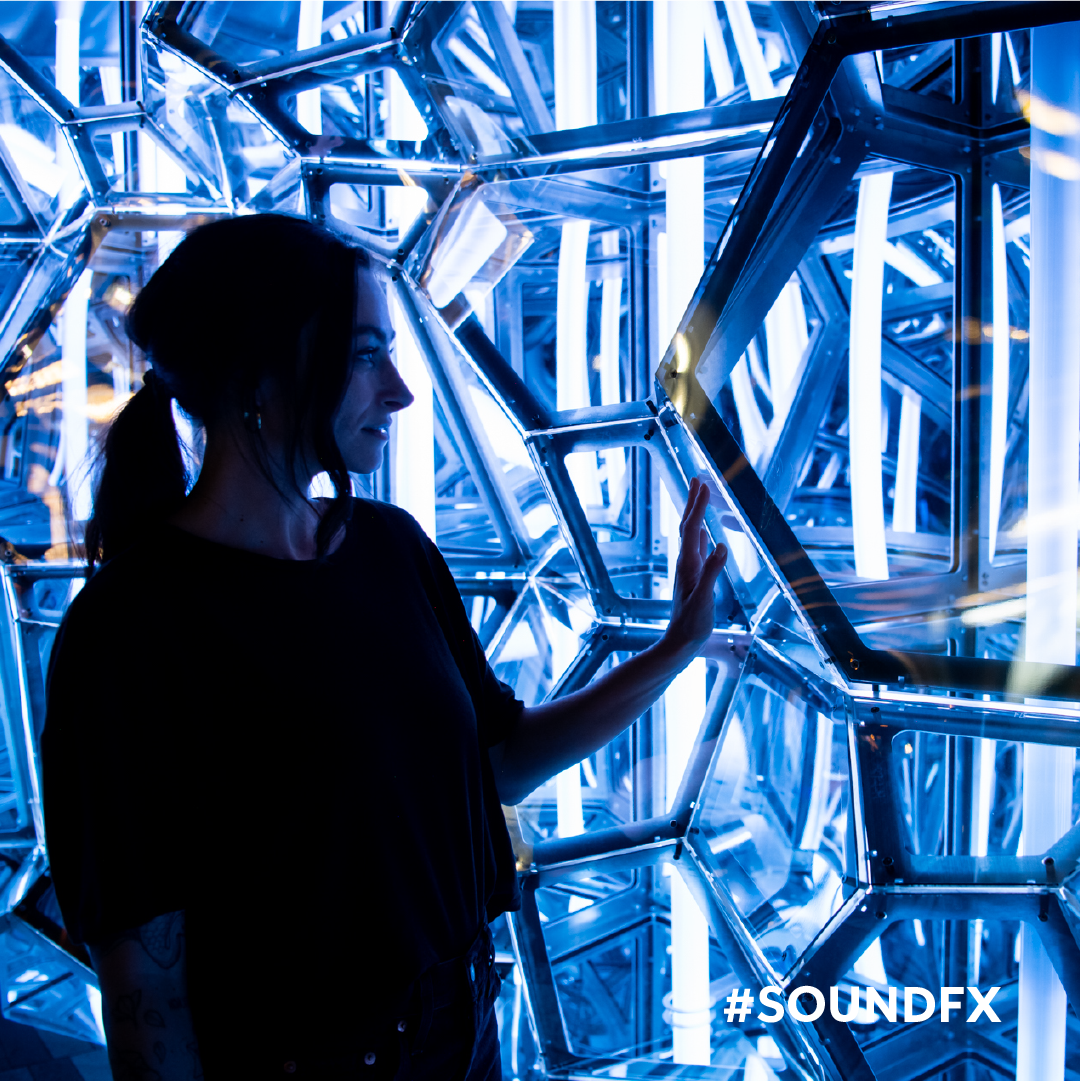 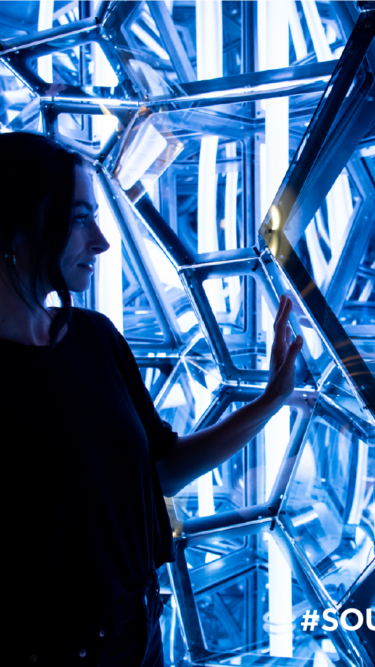 Located in Hudson Yards Public Square & Gardens and happening on the weekend of September 9-13, 2021, SOUND FX NYC was designed by CreativeRiff and SOFTlab, and curated and produced by Justin “JB” Bolognino // META.

META had an opportunity to be a part of the immersive SOUND FX experience with FX Networks and Creative Riff. Designed by Creative Riff and SOFTlab, SOUND FX NYC was built around the theme of Drama and featured theme music, dialogue and sound effects from FX Network’s “Mr. In Between”, “American Crime Story Snowfall”, “Mayans M.C.”, “Sons of Anarchy” and “The Bridge”. As the audience could see themselves reflected in the art, the installation focused on sounds and dialogue that told stories of personal reflection and growth against soundtrack music, and foley sounds that created a scenic backdrop (i.e. motorcycle sounds for Sons of Anarchy or MAYANS, the sounds of cameras clicking from a press conference in American Crime Story, etc.). Dialogue represented main characters’ self reflection and growth, and “mirrored” guests reflecting on themselves in the sculpture.

The visitors were able to interact with sensory experiences built around genres in which many of FX’s shows encompass including drama, comedy and horror. FX collaborated with internationally acclaimed artists and sculptural designers, including Creative Riff, SOFTlab, Emilie Baltz, and Vita Motus to create outdoor immersive sound and art installations in New York City, Chicago and Los Angeles.

Celebrating FX on Hulu by bringing its content to viewers in a new way, Sound FX is a visceral way to explore the world of FX through the senses with audio and visual installations and experiences that give guests a new lens through which to appreciate FX programming. This series will mark FX’s first foray into the art community through installations, artist collaborations, and strategic partnerships with influential art houses.