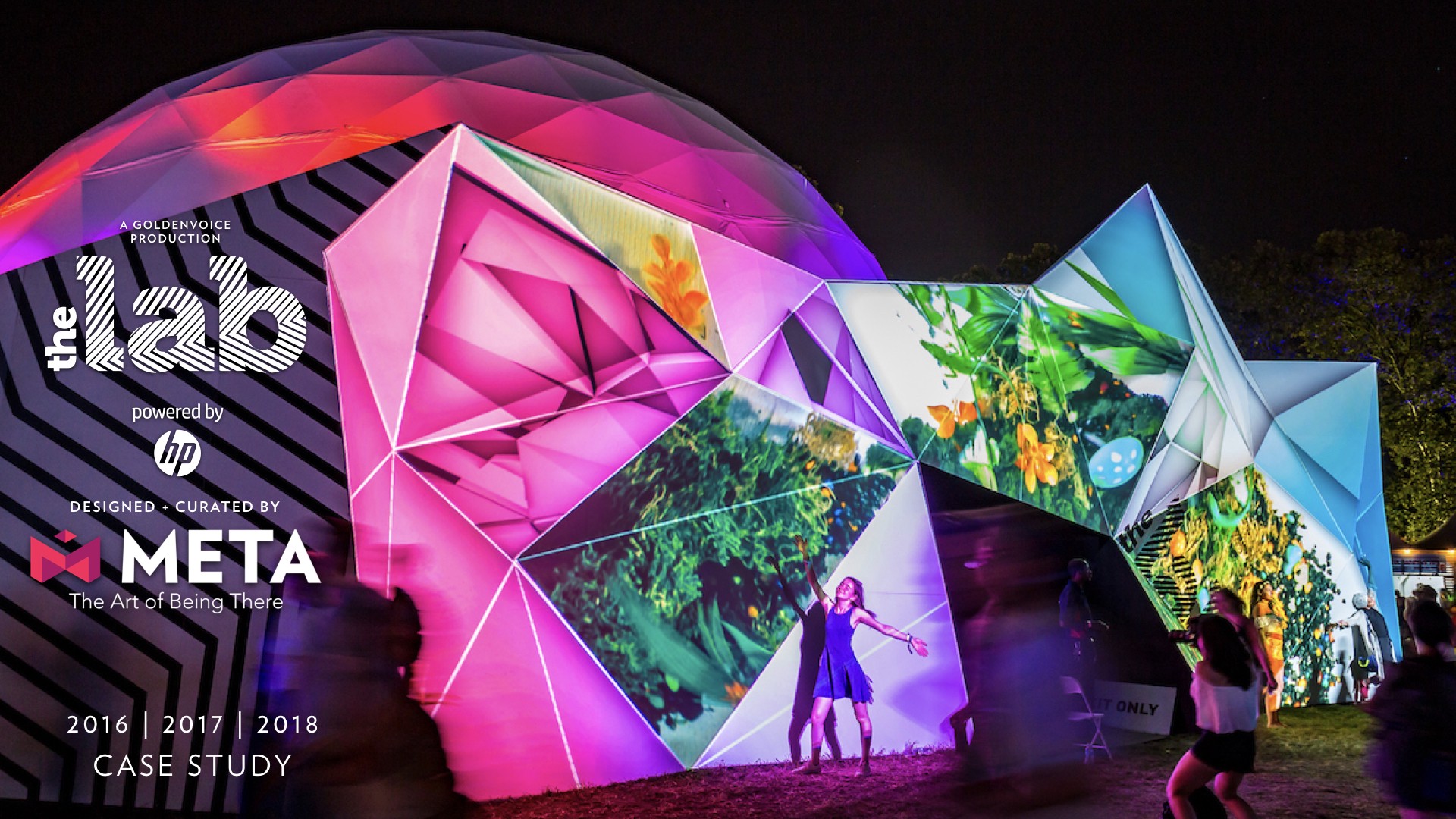 This is the story of the birth, life, and passing of The LAB at Panorama, as told over three years by META founder Justin Bolognino.

In 2015, on a super hot day, sweating it out in the back of an NYC taxi, my phone rang showing an old friend met on an epic bus trip to Bonnaroo back in 2012.

Kyle Casey was pretty young at the time, and I was astounded by this kid who just commanded this bus from an apartment building, all the way to Tennessee with what I’ll gently describe as a… rowdy… crew of rabid music and experience fans. He had clipboards, and spreadsheets, and mapped out all the gas and rest stops along the way, fixated on rolling that bus into Bonnaroo within 15 minutes of his initial target. As someone who’s been in the production world for some 20+ years now, I knew instantly this kid was what Miles Davis would have called a bad motherf**ker.

Thinking back, the idea of a festival as an “experience” would have been considered an abstract philosophical idea at best, none-the-less what would soon become the very juggernaut of shows, marketing, museum “of”’s, various “realities” that we now label as ‘experiences’.

Kyle was calling that day following up on a request from another old friend and collaborator from the Brooklyn Bowl days, Bret Heiman and the Executive Producer of the festival, Mark Shulman, to request for META to pitch on AEG’s “Future Lab” concept. He sent along an RFP that was maybe 3–4 sentences describing a vague idea of what a future technology “center” could be for their upcoming “Coachella of NYC” called Panorama Music + Art + Technology event. Technology is bold because it was indeed bold, and risky idea. “Technology” activations often fall flat, broken, boring or overly branded, so putting this loose word right into the title of the festival was a big deal.

A big deal we were quite thrilled to take on, going on to win the pitch designing the LAB from sketchpad to the massive real thing. The pitch process began with this sketch in late ’15, we were officially on the job pretty in March, and had to build this thing for mid July. 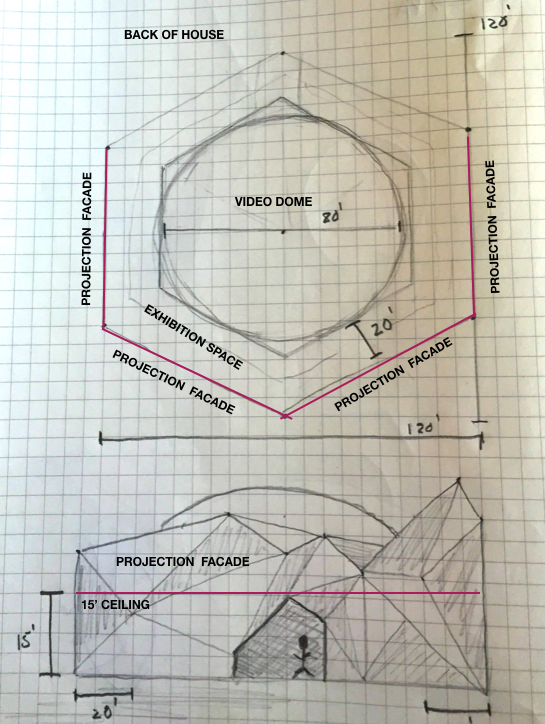 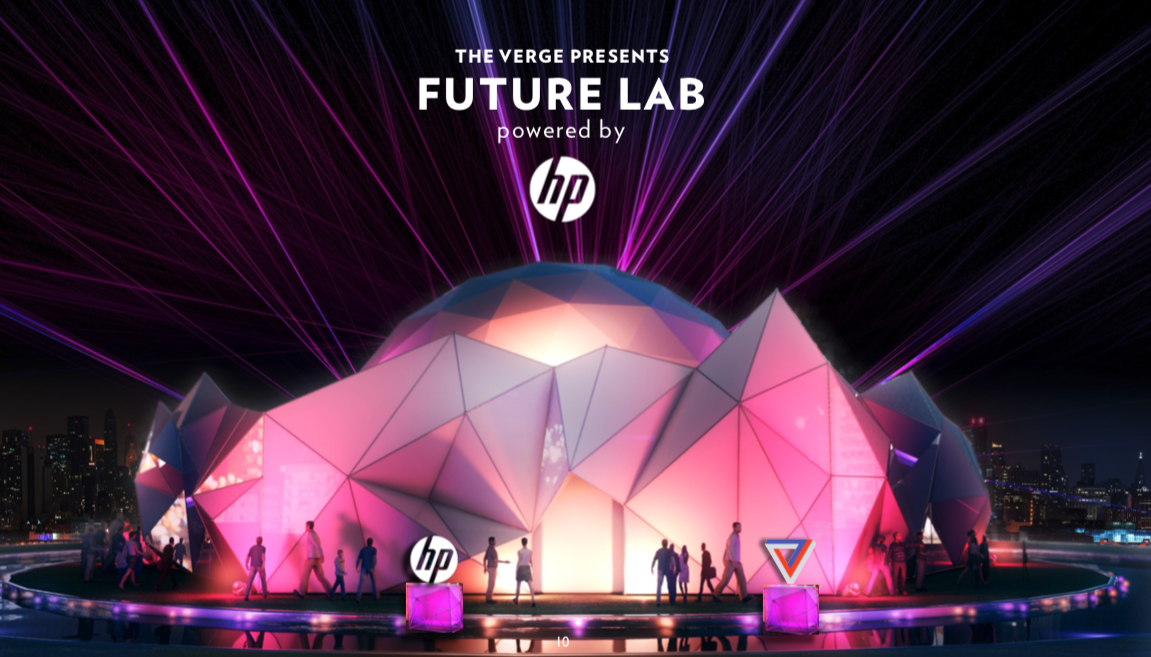 This rendering was made from that sketch, this image taken from our pitch to HP, who eventually would become our partner for the next three years, and into Coachella.

Rather than a singular, large scale tech activation, META proposed a revolutionary new approach for what would simply be called “The Lab,” in first and foremost celebrating and focusing on the artists behind the technology, and the greater NYC community. These artists should be billed and treated with the same esteem as the musical artists themselves, all of whom are named in the slides below.

To showcase their work, I devised a three part model for 2016, in the Facade, the Exhibition, and the Dome. A major hit in its debut, the LAB would continue to evolve for the next two years, creating a three year engagement that would go on to transform what’s possible at a major festival. To say I’m humbled looking back over all this incredible we we brought into the world is an understatement.

Be sure to check out the above video, and some key slides from the wrap deck below.

Don’t ever hesitate to hit me up to learn more!