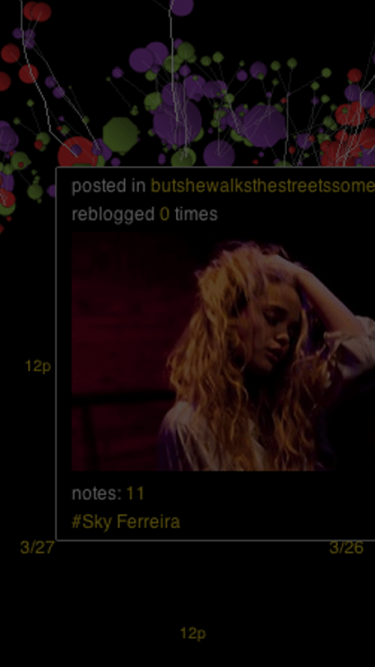 Want to understand the buzz around a particular festival? Ask Ring.

Ring tracks any open API data  (think Twitter tweets or Tumblr reblog) activity for all bands performing around any given festival or event, mapping the network of retweets and Tumblr re-blogs that move initial posts through the social media world.

It’s a completely new way to measure how much grassroots buzz bands were getting going into SXSW (where it debuted in 2013) – and how that changed during the festival run. Because Ring was built from the ground up as a hardware-accelerated Chrome app, anyone in the world was able to experience Ring using a Chrome browser.